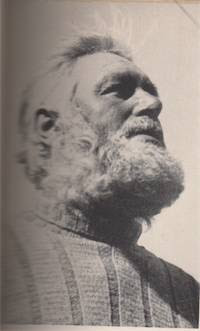 Of Whales and Men ... (aka the world according to R.B Robertson - Mid 20th Century Man of Medicine & Mind.)
This is more than a book about 'Modern Whaling' & the colourful characters bringing margarine to the bread of the British public in 1952.
It's a book about a shrink. Stuck on a boat. Stuck between two centuries.
"I have labeled the whaleman psychopaths, but by that I mean nothing derogatory…. The psychopath - the 'man with the suffering mind', to analyze the word etymologically - is a type I have spent my life studying, and my conclusion long ago was that his mind is healthy - too healthy to be acceptable to, or to accept, the civilization into which he was born, and therefore doomed to alienate itself from that civilization in some way. Some like minds, like those of Dostoevsky, Kafka, and Thoreau, have found their escape through letters; others, many thousands of them, have escaped through art, and even some, like Galileo, Newton, Darwin, and Freud, through science; and like many, like Socrates, have got out of the human jail by philosophy's door. But the great majority of such incompatibles can find no talent or technique which gives them a spiritual avenue of escape from civilized humanity while they remain physically in its midst, and this huge army of unskilled psychopaths is forced to make an actual material getaway to some of the few remaining parts of the world where they will not encounter, and so will not clash with, their orthodox, average, and usually intolerant fellow humans. Some of these displaced persons from civilization, like Ernest Shackleton, Robert Peary, Marco Polo, Columbus, and others of the great explorers, have left their fellow men to follow a dream; others, like the Pilgrims, or the Latter-day Saints, have set out to found new communities where, with others like themselves, they hope at last to be compatible; but a vastly greater number have left civilization in covered wagons, on sledges and - most of all - in the fo'c'sles of ships, and especially whaling ships, to seek in the lonely places of the earth that thing they could not find, or were not permitted to find, in the crowded places.
It was thus as refugees from civilization that I diagnosed most of my whaling shipmates, and, though their response to the rhythm of the faraway drummer was ruder, coarser, and often less intelligent than the echo made by the great men I have mentioned, I believe them heard his tapping as distinctly and insistently." pp 180-181
Come on, you're smiling too, aren't you?